Toyota has today been recognised as the best ranked brand in the YouGov Automotive & Mobility Rankings 2022 in Thailand, topping for the second year running with a score of 42.5 points. The brand also topped the Global Rankings, indicating that it not only enjoys the highest overall brand health among Thai residents, but people all around the world.

YouGov BrandIndex measures the public’s perception of thousands of brands across the world on a daily basis. The brand rankings were compiled using Index scores, a measure of overall brand health calculated by taking the average perception of Impression, Quality, Value, Satisfaction, Recommend and Reputation over a period of 12 months. 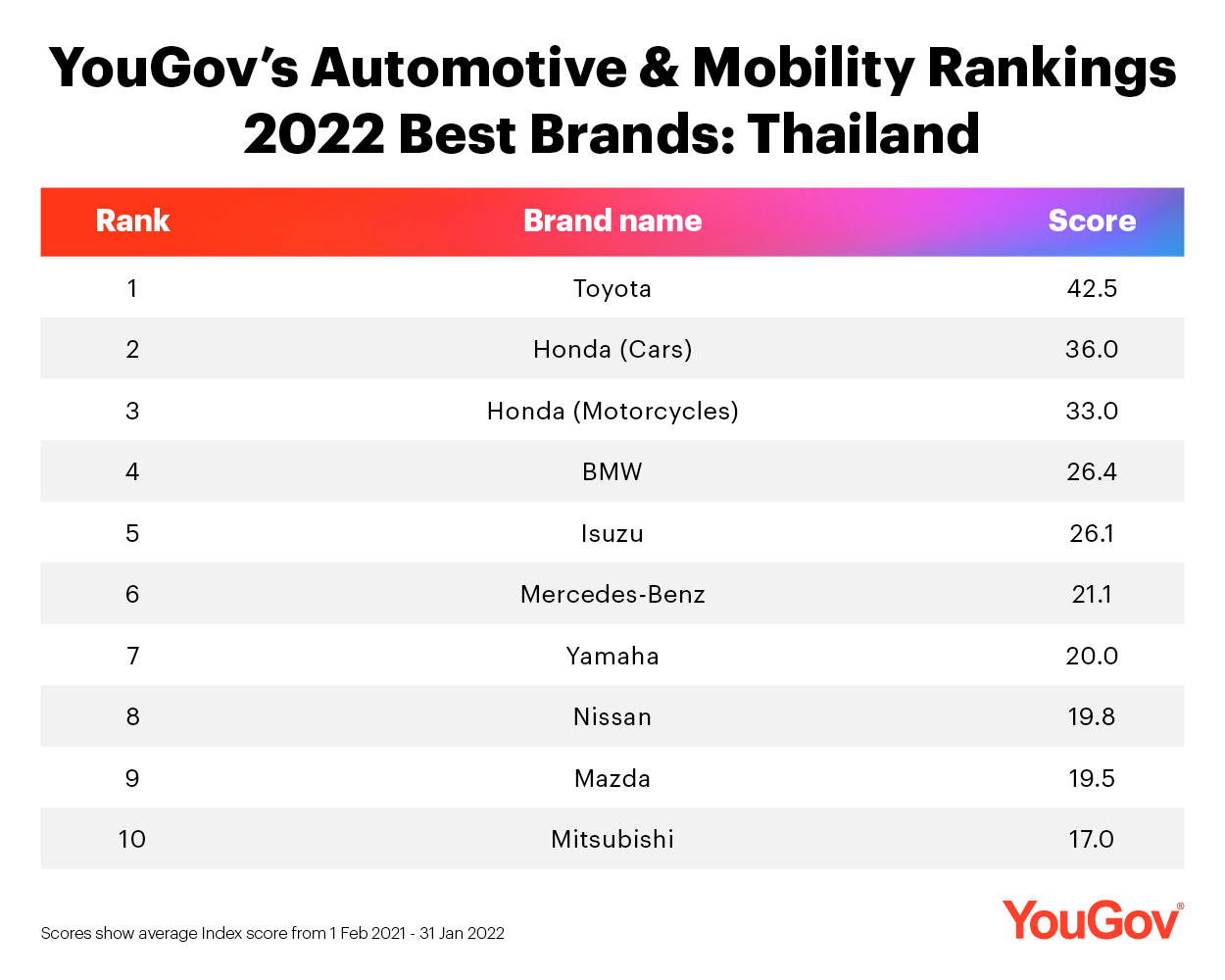 Honda came in second and third place for their cars (36.0 points) and motorcycles (33.0 points), as they also did in the previous year’s rankings. German manufacturer BMW and Japanese manufacturer Isuzu rounded off the top five with a score of 26.4 and 26.1 points respectively.

Yamaha (20.0 points) and Nissan (19.8 points) both moved up one spot to come in sixth and seventh in the rankings, while Mazda fell from its previous seventh-place finish to come in ninth this year (19.5 points).

Japanese manufacturer Mitsubishi rounds off the top ten with a score of 17.0 points.

YouGov BrandIndex has also released the ten “most improved” brands of the past year. This was topped by Ford, which narrowly missed the top ten rankings this year, with an improved score of +2.8 points. 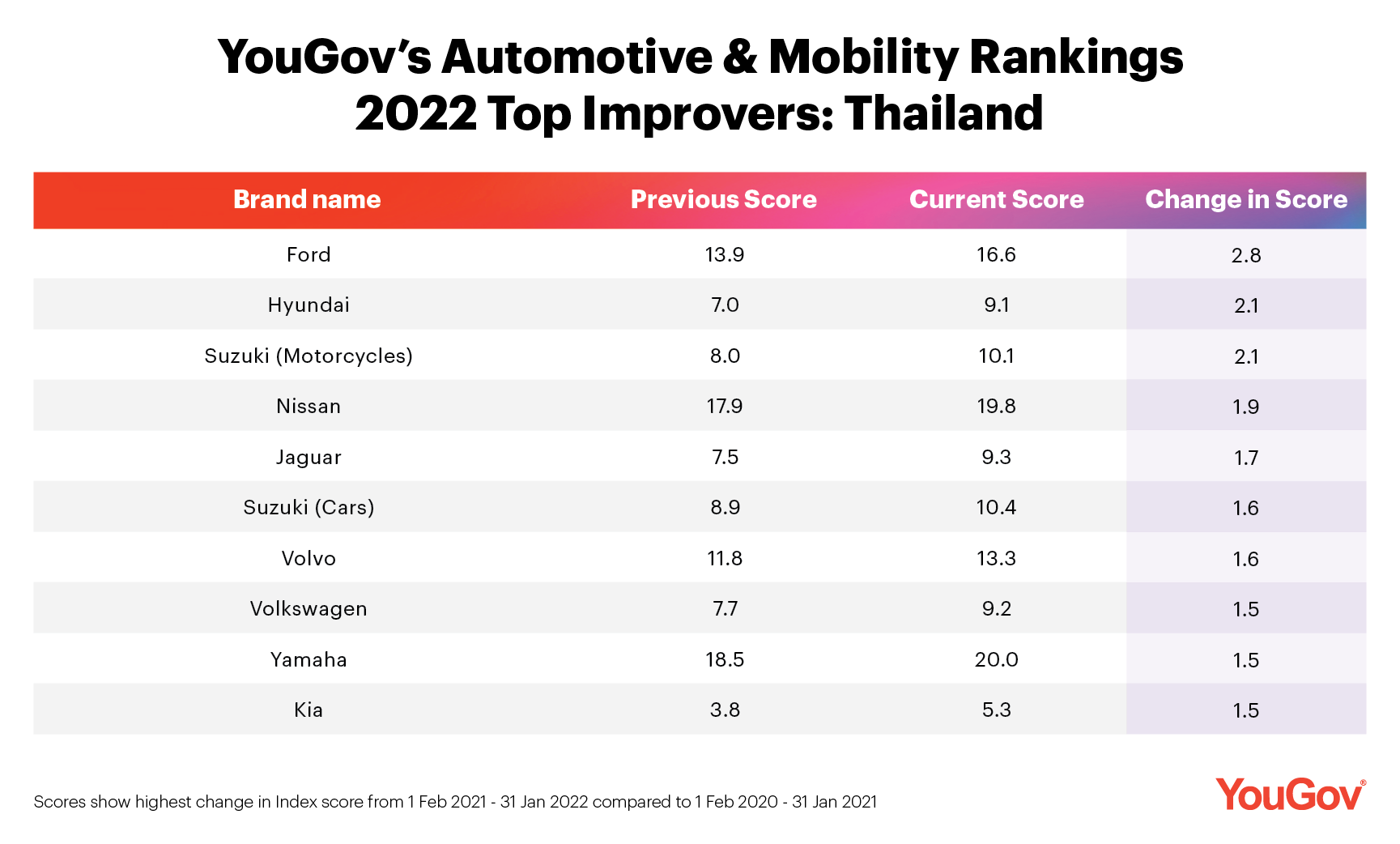 Hyundai was the next most improved brand, with a change in score of +2.1 points, followed by Suzuki (Motorcycles) and Nissan, which saw boosts of +2.1 and +1.9 points respectively. Suzuki’s cars also saw a positive change, as the sixth most improved with an increased score of +1.6 points.

While the overall rankings were dominated by Japanese manufacturers, the Improvers rankings saw more American and European brands experience an improvement in brand health. Apart from the most-improved brand Ford, Jaguar (+1.7 points), Volvo (+1.6 points) and Volkswagen (+1.5 points) also featured in the 2022 Improvers rankings.

Korean manufacturer Kia rounded off the top ten most improved brands, with an improved score of +1.5 points, after Japanese manufacturer Yamaha in ninth place (+1.5 points).

Each day consumers are asked about their views on automotive brands across various markets, which allows YouGov to build a picture of how these brands are perceived by the general public through comparing Index scores – which is a measure of overall brand health calculated by taking the average of Impression, Quality, Value, Satisfaction, Recommend and Reputation by YouGov BrandIndex.​