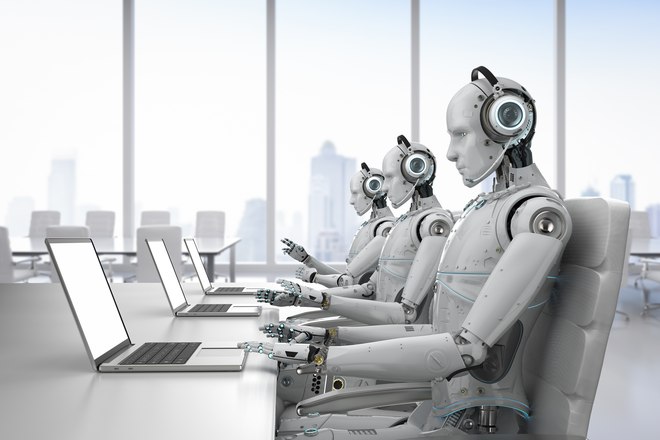 Robots and automation are on the rise, and two in five (38%) Thais believe that robots could replace them at work, the latest YouGov Omnibus research reveals.

Those working in healthcare are the most concerned about machines taking their roles, with half (52%) thinking it is possible. At the other end of the scale, only around one in five (18%) of those working in teacher training and education believe they may be replaced by robots. People’s fears about losing their jobs to robots is the same across all age and income groups. 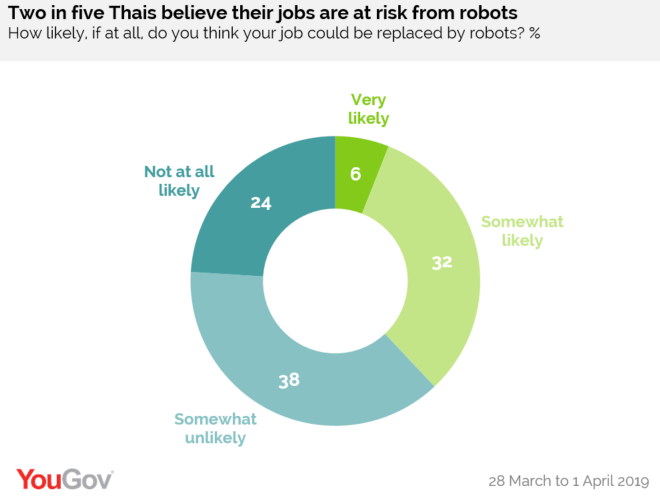 Two in five (41%) of Thais believe that robots will have some sort of effect on their jobs. Of those who think this, seven in ten (72%) think it will happen in the next 10 years. A quarter (23%) believe it will take ten years or more, and the remaining 5% already see their roles being affected by robots.

While six in ten (62%) are “upskilling” – that is learning additional skills in technology, this jumps to eight in ten (83%) amongst those who believe their roles are ‘very likely’ to be replaced by robots.

Overall, six in ten (63%) think that this wider adoption of technology will lead to jobs being created. The remaining four in ten (37%) think that robots and automation will lead to a loss of jobs overall in the wider economy.

Jake Gammon, Head of Omnibus at YouGov APAC commented: “As we ride the wave of automation, it’s interesting to see the wide gap between those who think it will lead to job losses overall and those who think their role could be taken by a machine. The question will be whether Thais are able to adapt to upcoming changes in the workforce.”

***Results based on 1,021 Thais surveyed by YouGov Omnibus