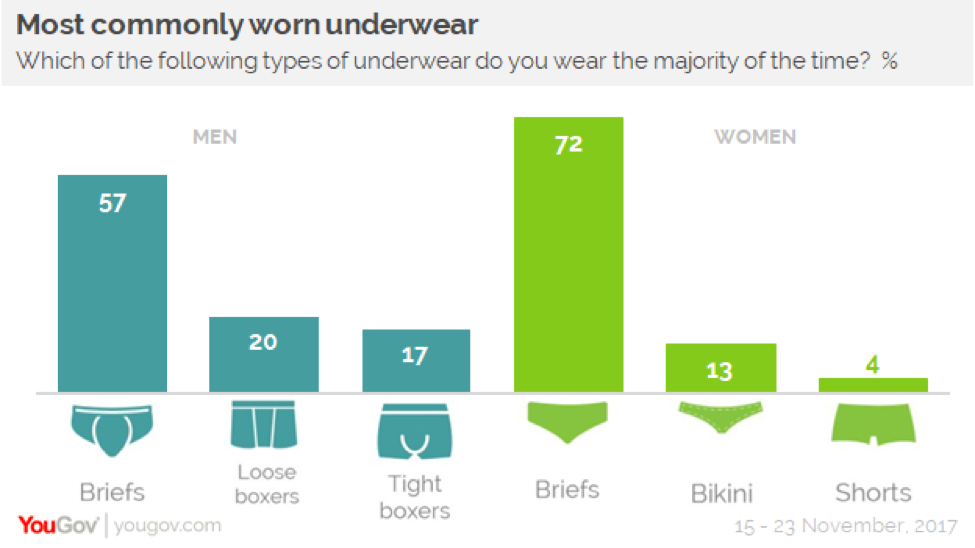 Asked what underwear they wear the majority of the time, men tend to prefer briefs - 57% of men choose these. After that, preference is fairly split between loose fitting boxers on 20% and tight fitting boxers­ on 17%.

Women are more united, with nearly three quarters (72%) opting to wear briefs the majority of the time. Bikinis come a distant second (chosen by 13%), followed by French knickers (6%), shorts (4%) and Brazilians (3%).

Women are slightly less likely to wear bikinis as they get older, with nearly a fifth (18%) of 18-24 year olds opting to wear them the majority of them time. This falls to 12% among over 55s.

If you think that underwear choice is, or should, be determined by what looks most attractive to the opposite sex, then men and women are out of sync. 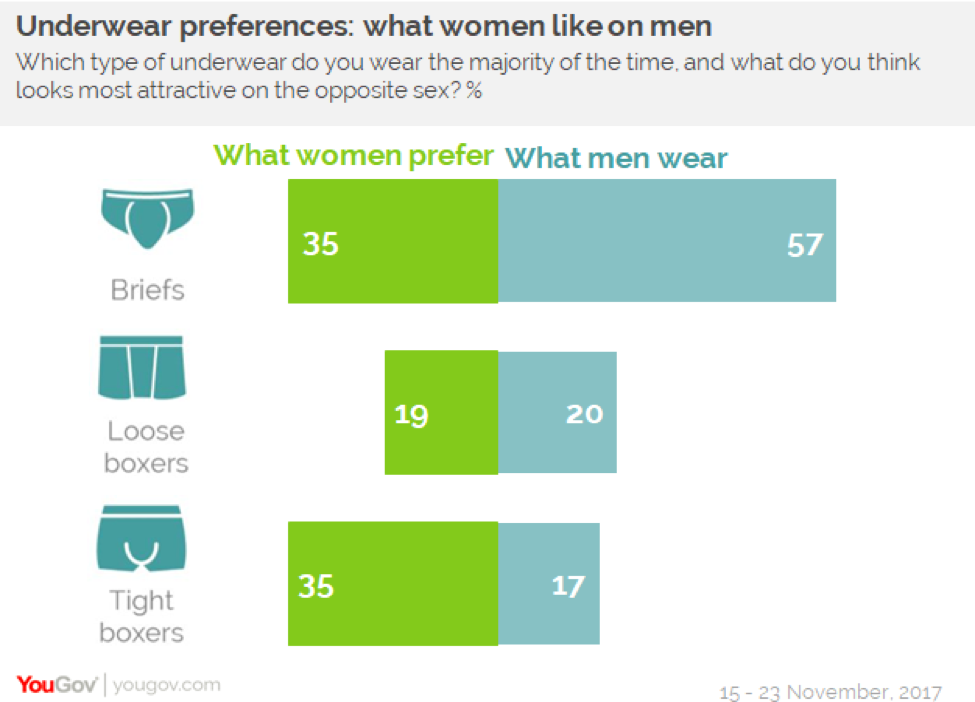 Just a third of women prefer men to be wearing briefs (35%), despite being the underwear of choice for 57% of men. By contrast, while tight fitting boxers are a favourite for only 17% of men, they are favoured by twice as many women (35%). However, there is more parity when it comes to loose fitting boxers, which are worn by 20% of men the majority of the time and are the top choice for men among 19% of women. 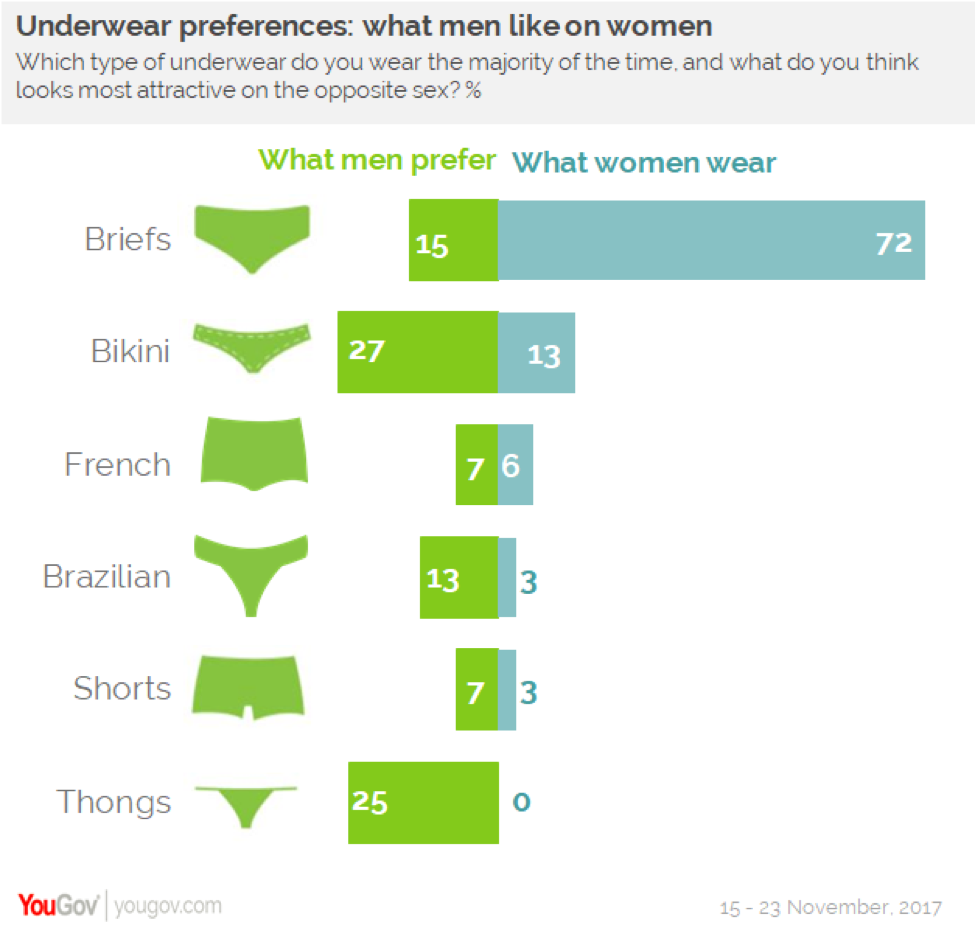 A quarter of women regularly match their underwear in the mornings

Having the time or inclination to match a bra and knickers in the morning is rare, the survey confirms. Just a quarter (27%) of women always or often match their underwear in the morning, against 45% who rarely or never do.

Ladies do get progressively less likely to match their bra and knickers the older they get, however, with women who are 55 or older being six points less likely to always or often match their underwear than those aged 18-24 (18% vs 24%).

*Data was collected online between 15 and 23 November 2017 using YouGov’s panel of over 5 million people worldwide. It was weighted to be representative of the online population. Sample size: 1,000