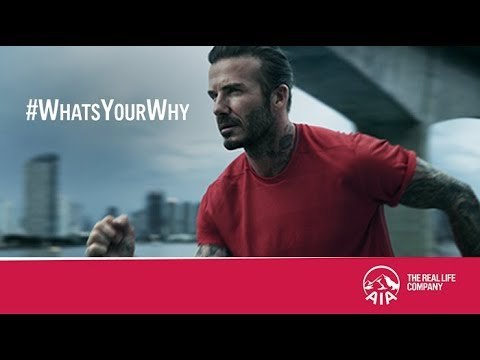 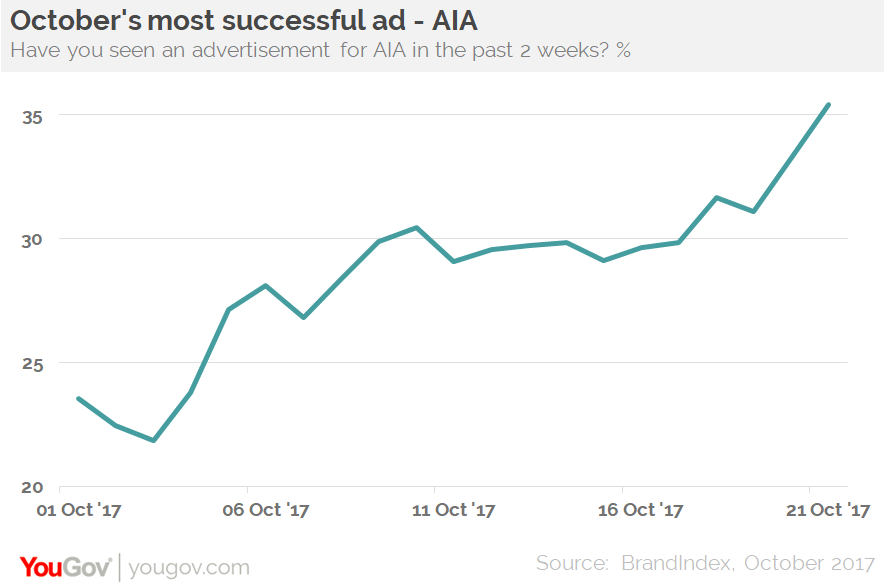 Over the first few weeks of the month, AIA was able to impress consumers with its latest advertising campaign, #WhatsYourWhy. Its campaign stars international footballer David Beckham, AIA’s newest brand ambassador, and encourages consumers to find reasons why they want to be healthy. The advertisement, shot in Bangkok, is a region-wide campaign but is likely to resonate with Thai consumers in particular for this reason.

AIA’s Ad Awareness score rose by +9 points in October, from 24% at the start of the month to 33% on 20 October (the day before advertising was suspended to mark the passing of HM King Bhumibol Adulyadej.)

Its Buzz score (whether consumers have heard something positive or negative about a brand) also tracked the increase in Ad Awareness score, which grew from 10 to 19 over the same period.

The brand achieved the biggest increase in Buzz among women aged 16-29, as might be expected from an ad campaign featuring one of football’s best-known heartthrobs. Buzz scores for this demographic more than trebled over the first few weeks of October, from a score of 8 on 5 October to a peak of 30 on 17 October.

So far more than 12,000 Thais have taken part in the campaign and, with 800 prizes worth over half a million Thai baht up for grabs, many more look set to be engaged by the #WhatsYourWhy campaign.