This month, Uniqlo is the brand that has achieved the greatest uplift in its Ad Awareness score (whether someone has seen its advert in the past two weeks) in Thailand. 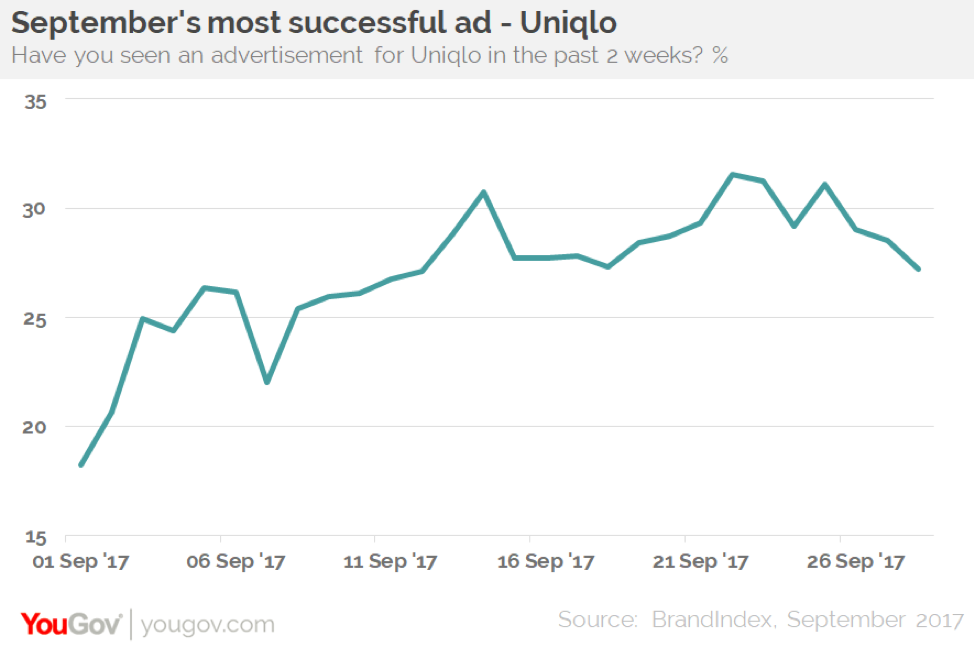 September was a busy month for Uniqlo, which saw it celebrate its sixth birthday with a range of promotional discounts and a free Line sticker set. It also launched its new Autumn range, in collaboration with British designer JW Anderson, on 22 September.

On the day of the launch, Uniqlo’s Word of Mouth score reached a monthly high of 30, up from 20 at the start of the month. The hype around the launch played particularly well with those aged 30 and over, whose score reached 34. However, the launch didn’t generate quite so much excitement among those aged between 16 and 29; the score for this age group was significantly lower at 21.

In the past, market exposure was far more driven by traditional broadcast advertising, but the advent of social media means that brands have new platforms to build upon to create excitement for their product. Uniqlo’s campaign is an excellent demonstration of how new tools – such as Line stickers – can work to complement a campaign and develop an audience around a particular message. Uniqlo used these to great effect in September.