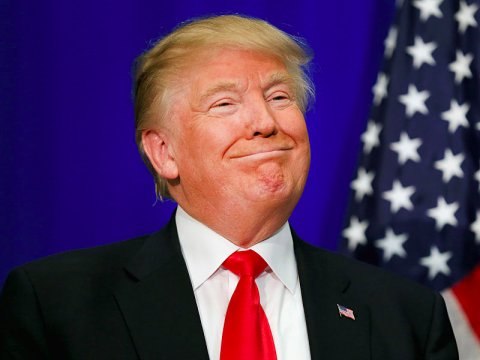 Love him or loathe him, Donald Trump’s US presidential election victory caused a media sensation by confounding many critics and beating Hillary Clinton to the White House. The world is now waiting with bated breath to see how he will shake up America’s relationship with the wider world.

Though the detail of his policy agenda remains uncertain, opinions on the impact of Trump’s election are already deeply divided. YouGov, as one of the world’s leading research firms, polled 7,777 people between 17th and 26th November to find out more about what people in the Asia Pacific region think of the news.

44% of APAC respondents are unconfident about Trump

YouGov survey finds that the results of the US presidential election was unexpected in APAC; 39% of residents describe their dominant reaction to the news as one of surprise. “Worried” was the second most common emotion respondents recounted, chosen by 21% of those regionwide. This differs significantly across the region; Australians are the most worried (29%), nearly three times the number of those in Thailand worried by Trump’s victory (10%).

Concern about Trump’s presidency is rife, with 44% of those across the region saying they are either “somewhat unconfident” or “very unconfident” about the president-elect’s tenure. Such reservation rises to over half of the residents in Australia (54%), Hong Kong (51%) and Singapore (50%). Women are particularly uneasy about Trump’s election, with 49% of women expressing a lack of confidence in Trump as the new US president, compared with 39% of men.

Conversely, Filipinos are the most confident about Trump’s presidency, with 34% describing themselves as either “very confident” or “somewhat confident”; well above the regional average of 21%. Filipinos are also more optimistic than the average APAC resident when considering how Trump’s presidency might impact their own country; 26% of Filipinos believe Trump’s election will have a positive impact, compared to a regional average of just 16%.

Feelings of trepidation dominate in Malaysia where 58% of citizens believe that Trump’s presidency will have a negative impact on their country. 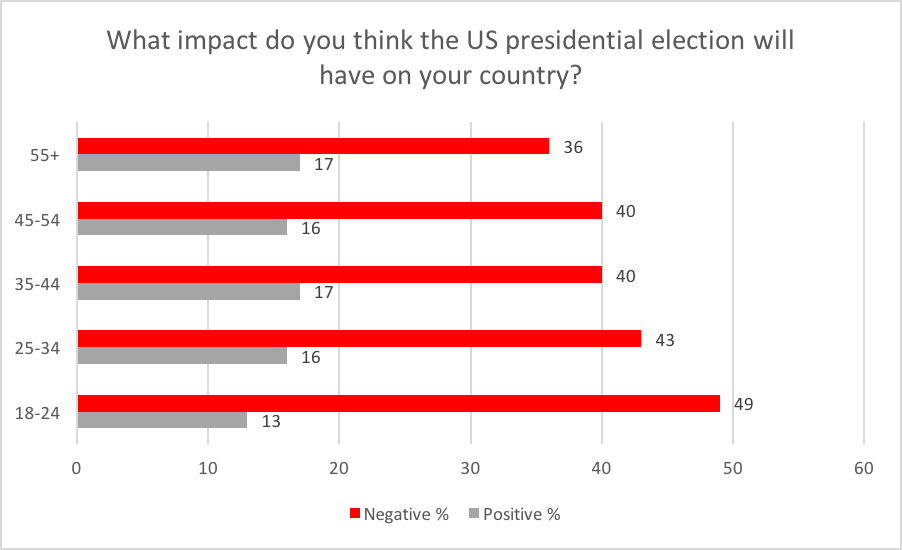 Once again, women are more likely to be sceptical than men about Trump’s presidency; 45% of women polled think Trump’s victory will have a negative impact on their country, while only 40% of men think the same.

Interestingly, concerns go beyond their own borders and residents fear the impact more on the region than on their country. Negativity increases from 43% to 49% across the region when asked about the impact of Trump not just on their country but on the whole Asia Pacific region. This is true for each of the eight countries surveyed but is most heightened in Australia, where perceptions of Trump being a negative influence jump by 10 percentage points from 41% to 51% when considering the region and not just their country.

Opinions are fairly united that the change in president will be felt, though just how this will manifest differs by country. When asked which areas people believe Trump will impact, economy is the most commonly selected, cited by 40% of respondents in APAC. Australians are more likely than others in APAC to fear Trump’s impact on the environment, with 8% listing it as the area Trump will impact most (double the regional average of 4%).

Security concerns are most felt in Malaysia and Vietnam, where 17% and 16% of residents (respectively) cite this as the area where the impact of Trump’s election will be greatest. Meanwhile, international relations dominates in the Philippines, where 46% think Trump’s impact will be most felt in this area. 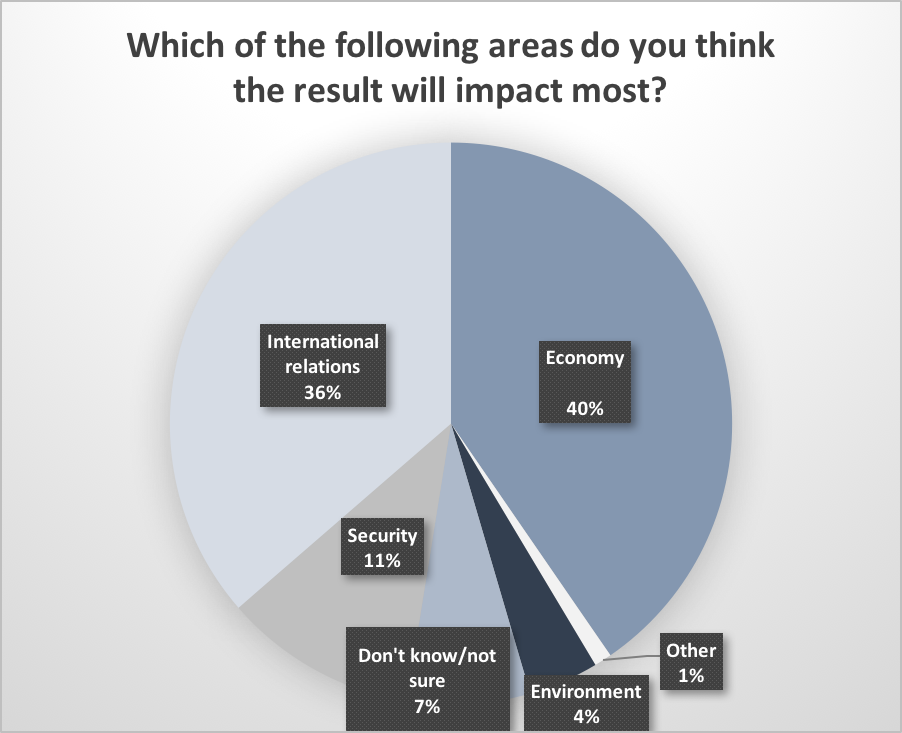 A similar proportion of those polled (43%) say that the results of election has also had a negative impact on American citizens.

Yet this does not look set to translate into a significant change in consumer habits. Just over one-third of respondents (36%) say they are either far less or a little less likely to travel to America as a result and 44% of people say it makes no difference.